then the next day, i off to Osaka (Shin-Osaka) ~ and my accommodation was excellent! just 2 – 3 mins walk from the station and the view is…Shin-Osaka Station!

I was in Osaka ~ bluntly for watching a butai 🙂 this butai was my first ever butai in Japan ~ and i watched it alone! well, a friend from Singapore was watching at the same time and day but different seats…so, arrived in Osaka quite a day before the show…i decided to look for the venue – since i am not so familiar with Osaka itself… 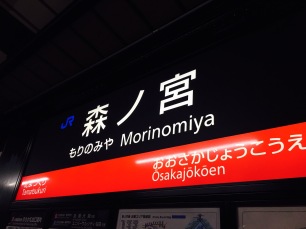 with a train map and much help from Google Map…found it!
as actually i was also looking around the venue and tried different paths – as which one is easier for me to come here…since Morinomiya got JR Line and Subway *but a lot of stairs to walk up with Subway ~ sighhh… ~ yet with JR, its quite a walking distance compares to Subway fufufufu…

after somedays in Kansai area – i went back to Tokyo, then i went to NEWS Koyama’s Ramen Shop *grinning hehehehe…

managed to see Koyama’s Mom ~ and i also witnessed that some fans are giving presents – either its for her or for her son ~ *uhmmm which one is likely to occur? fufufufufu…

the next day, my friend and me – we went to Tokyo Disneyland – we were actually just want to go to the Bon Voyage “Disney Mega Store” – for the sake of buying Stella Lou (for me) and Gelatoni (for my friend) – then later on we knew that to buy Duffy and friends merchandises, we need to enter the DisneySea! *sighhh ~ Disney really know how to make money huh? ~ ~ ~ so, after some minutes contemplation…we decided to buy the eeer was it Starlight or Twilight ticket? anyway, the ticket that we bought is to enter either Disneyland or Disneysea after 15:00…

then, after bought all those merchandises, we off to the lake to see the evening parade! Disney just never fail to amaze me!!!

the next day ~ on August 12th, we went again to Karuizawa! and i ate double scoops of Choco Mint ice cream again eh…it was gelato! 🙂 the one that NEWS’s Tegoshi ate during the summer trip to Karuizawa fufufufu…

since basically i love mint *high five Tegoshi!!!* so, my love for this flavour just never dies! and afterwards, i found this!

i was “GYAAAAAAAAA!” and then this drink has been my favourite drink in everywhere i go fufufufu *alright enough to fulfill my sugary needs! LOL

after Concert’s day on the 13th…my friend and me flew from Tokyo to KYUSHUUU!!! 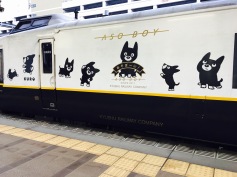 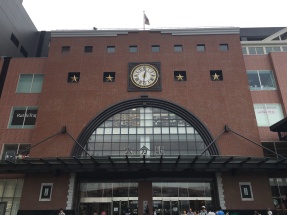 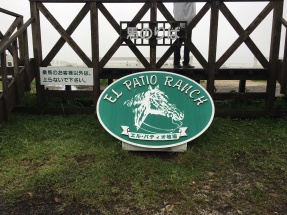 i tried public onsen for the first time in Beppu, my first time stayed in a fine ryokan in Yufuin, then experience the ranch in Aso, shopped in Edo-like area in Hita and my first time to eat horsemeat sashimi in Kumamoto…all of these are beyond priceless…
i can’t tell everything in bits by bits! yet even it was a hottie hot summer ~ it was amazing!!! 🙂
i know i will not be able to walk thru this all alone…thank you 236! ❤

my “Neverland” here is the NEWS Live Concert ~ in which their album title is Neverland.

i wrote their names with colours based on the member’s colours! and my favourite member is ❤ Keichaaan (Koyama) *well, no one ask ~ but i just want to write it! XD
~ and he is the reason why i am quite into purple now *i used to hate this colour ~ oh well…

so…anyway ~ i went to their Concert in Fukuoka and Sendai *thank you 236! ~ and those shows were my first ever to watch Johnny’s Concert in Arena venue
*i have watched Ayumi Hamasaki in Saitama Super Arena ~ still not Johnny’s XD

so…2 girls that was over excited to see NEWS for the first time ~ moreover this was our first arenaaa!!! 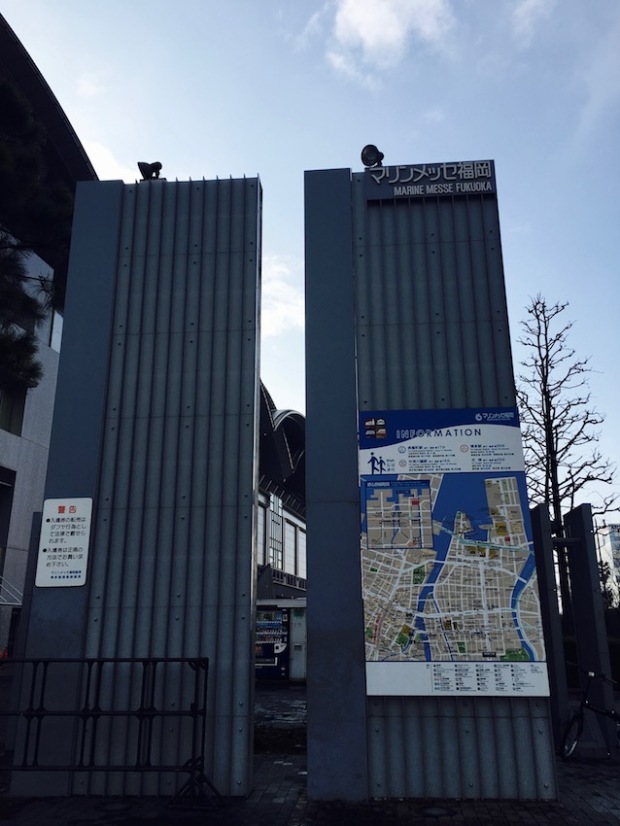 so, we arrived in Marine Messe Fukuoka like 90 mins before the Concert started! we queue *well, not really queue ~ since i believe people already queue for the goods is morning time ~ so we were basically just walked in to the goods area and bought their goods! ~
i bought Keichan’s uchiwa, penlight *its a key shapeee ~ the key to the Neverland ~ ~ ~ then photoset then clearfiles…also towel (special for 恋祭り Koi Matsuri’s song!) then t-shirt! and…a bag…anything else?
*well, at least those that i could remember hahaha!

after that we walked around and found 2 huuugeee trucks with their pictures!
one is the first picture i posted and the other one is this… 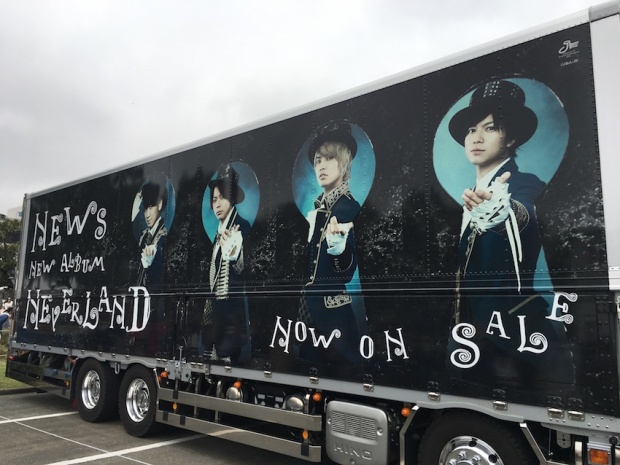 arghhh!!! ALL OF THEM LOOK SOOO GOODIE GOOD!!!

then we walked and looked around – some girls are cosplaying as EMMA – then some wore Chumu Chumu’s costumes ~ also there were 2 boys *or girls? well anyway…they cosplayed as Tegoshi and Masuda wearing their Quartetto Concert’s opening wardrobe!
it was AWESOME!!!
i can’t stop expressing my “WOW-ness” for everything they have done!

30 mins before the Concert ~ we decided to get in to the arena ~ we were over excited!

then when we got in…we were like “OH MY GOD!!! ITS SO SMALL!!! WE CAN SEE THEM CLEARLY!! OH MY GOD!!! GYAAAAAAA!!!
~ these sentences are repeated some couple of times LOL!
both of us…we a bit got used to Dome Concert…so, picturing and comparing Dome and Arena venue…Arena is so small!

we waited with our doki-doki feeling ~ then exactly at 17:00 ~ the music played! we got up from our chair and started to light up our penlight!
took our uchiwa from the bag! and started screaming!

as NEWS Concert is still on going ~ i don’t want to give spoilers about the Concert *who knows some of you who read this ~ will be going for the Concert! 🙂

yet…OVERALL! i foooooond this group so much!!!
their Concert is somewhat way romantic and sweet ~ love their MCs that were always discussing what happened!
seeing Keichan cried in front of me while sang “Nyanta” was bringing down my tears too… ~ i started to touched when he looked up and raised his hands for Nyanta before he sang…that was…❤❤❤
Tegoshi with “I’m Coming” that i can’t stop screaming!!! *i also got a wink from him! gyaaaah!!! Tegooo!!!
Shige with his Ayame was gyaaaaaaa!!! *my friend was totally went crazy watching him ~ i have to admit the way he sang Ayame is somehow…sexy!
then Masuda with “Forever Mine” was just…made all audience silent and brought our feelings away with his voice! aaaaaaaaaaa!

one thing that i really really like about NEWS ~ all along the Concert ~ all of them were smiling…except the opening! BUT! after the opening ~ they were smiling…
walking around ~ doing silly things!
its just…SWEET!!! ❤❤❤❤

after its done ~ both of us were SO LOOKING FORWARD for Sendai show!

some photos from Sendai ~

this is sooo CUTE!
all of them gathered around to take picture! ~ don’t you love it? seeing all fans wearing their favourite member’s colours also wearing the parka and t-shirt?!!! 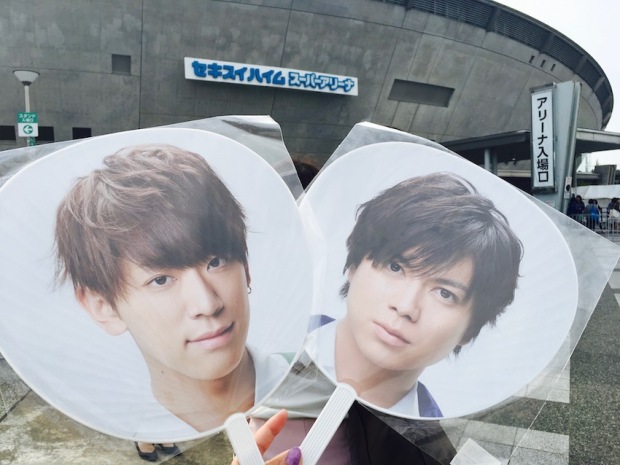 あなたは一人じゃない ~ U R not alone…

Error: Twitter did not respond. Please wait a few minutes and refresh this page.