so, for this Christmas 2016 and New Year 2017, i was booked to go for family trip ~ my Dad said we need to book the ticket as soon as possible, or else…someone *means me* will getaway and got herself to be found in Tokyo 😀
*you are a true Dad of mine*

then ~ ~ ~ exactly on December 25th – i flew to Auckland from Jakarta via Singapore. I supposed to have around an hour layover time – then flight drama occurred – the flight was delayed for 30 mins HAHAHAHA!! *a sarcastic laugh*.
Because of the delay, obviously my layover time was cut shorter into 35 mins ~ more drama? Flight from Jakarta arrived at Terminal 2 – and my flight to Auckland departed on Terminal 3. I raaan with all my might with my big red backpack and a sling bag!
Further drama? when i got into Terminal 3 Gate 10 – i found out that my flight to Auckland was being delayed for 30 mins LOL! happy? tired? whatever ~

Arrived in Auckland – all went smoothly from Immigration to Custom to XRay Scan – as i did declared i brought my personal medication and some dairy products (which is Cadbury cocoa powder)…I was quite scared at the beginning – since i know that New Zealand is quite strict about natural products that comes in to their country. Then, its alright 🙂

The accommodation that we lived in was a huge 3 levels house with 5 bedrooms – i chose the room on the 2nd floor that is near to the toilet and wifi spot LOL!
Overall, i love the house – its really huge, comfortable and CLEAN! (the most important thing)…BUT! the house is far from nowhere! i didn’t find any bus stop within 10 – 15 mins walk – no train station as well ~ so the only way was with car – which means i can’t go on my own! 😦 …being stranded like that…me no likey 😦

so, some views of New Zealand (that i took with my iPhone)… 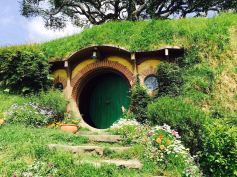 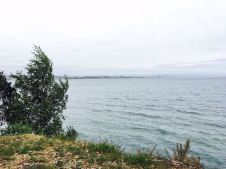 for people who love nature and adventure – i believe New Zealand will be the answer ever for you! the clean air – the drinkable water on Lake Taupo (my sister said this) along with the greeneries! Makes New Zealand naturally perfect!

A friend of mine  ~ she lives in Auckland…she complained that Auckland (well, New Zealand) doesn’t own Uniqlo – even Zara just came in last year…
nevertheless, their local products are really nice *and quite expensive – considering i didn’t buy anything there apart from food and honey 😀

well, by the time i typed this thing…i’m back home already ~ was quite sick on my last days in Wellington…i’m alright with cold and winter ~ yet don’t blow me away with wind… *physically and mentally lost to wind LOL!

Error: Twitter did not respond. Please wait a few minutes and refresh this page.